I have finally gotten around to rereleasing by old (2004) social networking site http://funkall.com

Sick of the 16 Web safe font? Well Google has a solution.

Google Font Directory is a list of additional fonts you can add to your website available for use, for free, and really simply. Check out Toolnames which is using the GFD.

To add a new font you just paste the embed code for the font in between your head tags, before your style-sheet and then you are able to use the additional font in your site while knowing it will work in Safari, FireFox, IE6+ and Chrome, on Windows and Mac (maybe Linux).

And then am free to use Molengo in my Font-Family calls in CSS.

HTML5 is awesome. It extends the DOM to be ready for the future once broadband is wide enough to replace your old broadcast TV in full HD.

Video is obviously the most exciting element. Now you can directly interact with the video in the DOM which can mean you can make a fully, easily to update scripted site which does not rely on plugins.

There is a few things to note about HTML5 video:

If we want to have a video with is 843×480 which preloads, plays once it is buffered and contains controls we will use the below

That is exactly how simple HTML5 video can be. Of course you may want to add poster or change the settings.

Since we want fallback for IE we will use Flowplayer by embedding it after the other sources. This is a cool thing about the element is that it has fallback.

If you want a real in depth look at HTML5 video I recommend you read:

365psd is a simple concept, give away your old PSDs. Basically designers create amazing designs which clients do not like. So instead of discarding them to never see life the designers give the designs away for free.

Of course you cannot resell the designs, though who would?

The designs are simple great.

The other day I saw an ad for BrandBucket. It is a pretty cool site with funky domain names for sale. They also do logos to go a long with the domain names which helps you visualise what the brand could look like.

It is a little pricey for just a domain but think of all the headache it will save you in trying to find a new domain.

The other day I got a warning message that my server’s file system was full. I was like ‘WTF? this is a new server image’. So I used a quick command in terminal (below) and found that the error log was 19GB in 404 errors (WHOOPS!).

via How do I find the largest top 10 files and directories on a Linux / UNIX / BSD filesystem?.

Also check out the new toolnames.com I rebuilt it from the ground up making it much simpler and 10 times faster.

This is a quick post to help you install WordPress ? (WPMU) on Media Temple. This is a task that you would think would be very easy (and is with Terminal). MT go all out to advertise that they are super easy to use. This is not so! They use Plesk which is a quite a dog of a service compared to cPanel. I am sure there is going to be something great you can do with Plesk I don’t know about. This said for what I need it for it is very limited.

I am going to assume that since you are setting up WPMU that you can sign-up up to MT without assistance.

So you have gotten setup with MT and the first thing you notice is that the File Manager sucks!

So in 12 easy steps you have WPMU on Media Temple.

While the iPad has it flaws, it has the best marketing video. There is a lot of potential with build apps. I think I might buy one for the tax offset and develop some new apps for it.

Error
This video doesn’t exist
So the iPad looks to be the biggest disappointment, ever. I didn’t know what to expect, though with all the hype I was expecting a little more. I was thinking something si-fi where you could do so many cool screen flicking, resizing and all that sort of stuff. Something revolutionary was the expectation. What we got was a larger iPhone without phone. 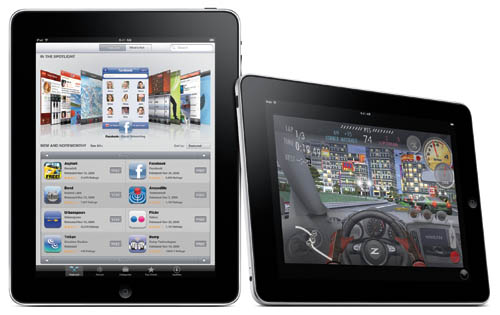 It is basically an 10″ iPhone. It is meant to be the half way between the iPhone and MacBook but I think it is more towards the iPhone end of the spectrum. Apple is marketing at the crowd who own both a smart-phone (hopefully the iPhone) and a laptop (hopefully a MacBook). Hopefully it will be powerful enough and adequate to haul around all day instead of your laptop.
There doesn’t appear to be multitasking, which is a big annoyance with the iPhone. This would of made it more on the PC side of things.
END_OF_DOCUMENT_TOKEN_TO_BE_REPLACED